Meredith Maran and My Lie: A story of false incest 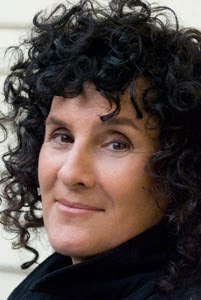 Bay Area author Meredith Maran has been chronicling her life and the world around her since the mid 1990s. Her bestselling memoir, What It's Like to Live Now and Notes From an Incomplete Revolution, detailed what it was like to come out as a lesbian, raise two sons in a marginal neighborhood, strive for social justice, and grapple with the successes and shortcomings of feminism.
Her 2001 book, Class Dismissed, is Maran’s in-depth look at Berkeley High, where she spent a year following three students from three different ethnic, social, and economic backgrounds. It remains an incisive look at an American high school grappling with sex, class, race, and the achievement gap.
But Maran’s tenth book will prove to be her most provocative – and controversial. My Lie, A True Story of False Memory, published last week by Jossey-Bass/Wiley, tells the story of how Maran falsely accused her father of sexual abuse. Her volatile charges, made in the middle of the height of the recovered memory movement, split her family apart, denied her children a relationship with their grandfather, and shaped Maran’s reality for more than a decade.
Years later, Maran realized she had made the whole tale up, and My Lie recounts how she reached out to her father and family for forgiveness. My Lie also attempts to make sense of the recovered memory movement that rocked the nation in the late 1980s and led to numerous high-profile trials, like the infamous McMartin preschool case. Maran discusses how a generation of feminists attempted to bring incest and sexual abuse out of the shadows and how some overly zealous prosecutors and therapists exploited the recovered memory phenomenon.
On Tuesday, September 22, Berkeley Arts & Letters will present an evening with Maran, San Francisco Chronicle Book Review Editor, and Berkeley novelist Ayelet Waldman. The topic “How do we come to believe lies?” will begin at 7:30 pm at the Hillside Club.
Maran will also be on KQED Forum with Michael Krasny at 10 am September 22.
Ghost Word caught up with Maran just as My Lie was published.
Your story is so shocking and disturbing – a daughter realizes that her once-beloved father molested her, cuts off contact for a decade, and then realizes she had made the whole thing up. To tell this story, you must lay your faults and biases out for everyone to see, which must have been extremely difficult. Why did you decide to tell this story publicly and how hard is it to admit this lie?
I have a big mouth, and I'm a memoirist and essayist. Therefore, my faults, along with my gifts, are always on public display. I'm a what-you-see-is-what-you-get kinda gal. I like people who are the same way. Denial, obfuscation, withholding, dishonesty with self and/or others: not my favorite traits. And I can't ask more from others than I ask from myself.

It actually felt--not good, exactly, but satisfying to explore this piece of my worst behavior, to come forward and say, I did this terrible thing and I'm doing my best now to understand why and to make amends where that's possible. I'm a great believer in "be the change you want to see," and admitting a wrong is a good place to start.
You write that as a young journalist you wrote extensively about incest and sexual abuse and that after a while this became the prism through which you saw the world.  How did immersing yourself in the “recovered memory” movement influence your thoughts about your father?
I'm a person who is publicly admitting to a huge mistake--not a saint. It's profoundly tempting to blame the harm I caused on the mania of the times. There's no question in my mind that absent the recovered memory craze, I wouldn't have accused my father of molesting me. I'm almost equally certain that I would have come up with another way to blame my pain--and women's pain--on men if that story hadn't presented itself.
My Lie not only deals with your particular story, but the larger question of what is truth.  Your talk at Berkeley Arts & Letters is titled “How Do We Come to Believe Lies?” What is it about our society that permits people to create their own truths, to insist their version of the world is accurate, to be self-delusional?
It's not just our society. It's human nature. That said, America was built on "rugged individualism," the notion that any one of us can "succeed" by virtue of pure conviction. I think Americans are particularly attached to the belief that suffering is preventable and that there's a simple explanation and solution for everything: better to believe a false, simple explanation ("Obama isn't an American citizen";" "Our fathers are all molesters") than to grapple with the complexity of truth ("I can't stand having an African American President") or uncertainty ("I don't know how I can be a feminist and a grown woman and still feel so powerless with my father.")
If it happened to you once, can it happen again?
The bigger question is, if it happened to US once, can it happen again. And the answer, clearly, is yes. We're the country that lived through Salem, McCarthyism, the sex-abuse mass panic--and we're the country in which two years after the rumor started, more people than ever believe that Obama is a Muslim and health-care reforms would kill their grandmothers. It's happening again right now. We're just lucky that somehow we avoided having Palin as our Vice President in spite of it.
You recanted your charges against your father several years ago. He is now suffering from Alzheimer’s. Does he remember this piece of your joint history?
We're really lucky: my dad's Alzheimer's is relatively mild, and he's married to a woman who is his best friend, home health care provider, straight woman for his endless jokes, and the love of his life. By his own description, his wife is not only keeping him alive, but making him happy. So, the bad news is: yes, he remembers this piece of our history. The good news is: he's trying to forget it!
Have your other family members forgiven you for your lie?
Define "forgiven." Each person in my family feels differently about it (and everything else). Our relationships are as different as we are. Mostly, I feel grateful that the harm I did hasn't permanently estranged us.
http://berkeleyarts.org/
Posted by Frances at 9:06 AM 5 comments: